The 100 Best Australian Wines list for 2015/16 is the result of exhaustive tastings held in the UK and Australia over the last twelve months. It represents the finest one hundred Australian wines available on the shelves in the UK for the coming year.

“The best 100 Best selection yet” – Peter Mitchell MW, Laytons
“Nobody does anything like this for any other country in the world” – Dan Jago, Tesco
“The best tasting of Australian wines in Europe” – David Jean, Systembolaget Sweden 2012

“You do not have to be Nostradamus to predict that 2012 Moss Wood (Grand Vin) was going to be a stormer. In fact you only had to come along to a Roadshow event last year because the 2012 Moss Wood Amy’s was being poured and it showed such class and charm that it telegraphed the calibre of this vintage to all who came under its spell. Now that its leader is among us we can see that the 2012 is an amazing standard for one of Australia’s more revered Cabernet Kings. Everything about this wine from tiny sub-region of Wilyabrup (the bull’s eye of Cabernet quality in MR) is restrained. The scent is pungent but not showy, the flavour is delivered soto vocce but resounding and the finish is like a massive electrical storm flashing and rumbling in the distance. This is one of the most stylish and complete wines ever released under this label.”

Regarded as one of the world’s leading wine experts, Matthew Jukes has been working in the wine trade since 1987. He hosts corporate and consumer wine tastings all over the world as well as writing a weekly column for MoneyWeek and the Daily Mail. With over 9 million readers each weekend, Matthew has the most keenly followed wine column in the UK. 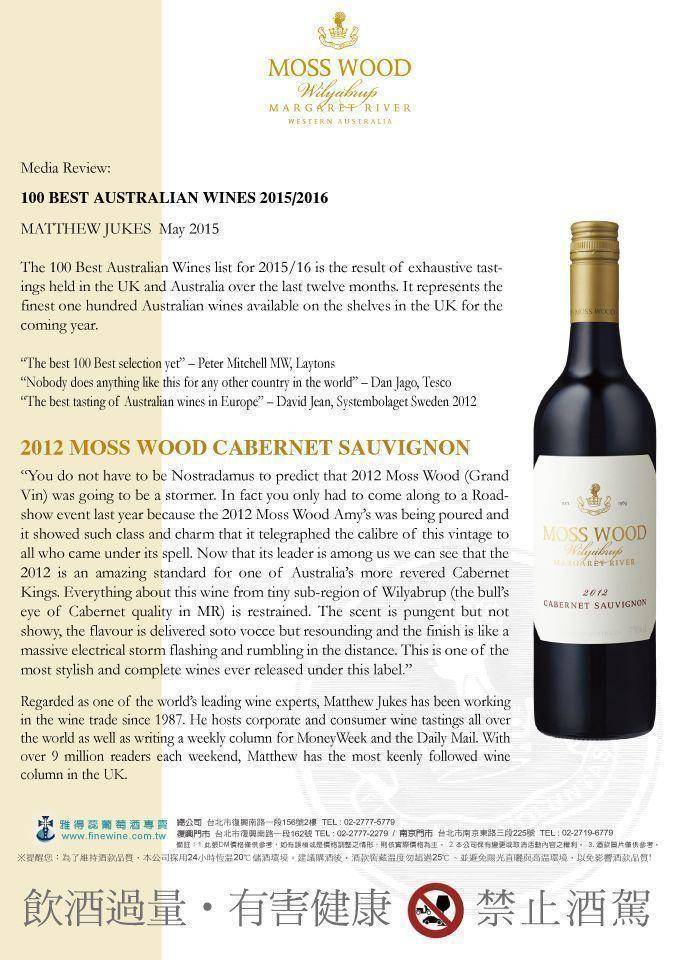